“Who is she waiting for?”

the slightly mysterious grandparents, one century ago…

In January of 1913, in Lincoln, Nebraska, Nell’s father died, age 63. The children, said the funeral notice, were “privileged to be with their father and administer to his comfort during his last illness.” Was this departure a signal, a permission, or an enabling? The young people of the new century were less interested in the conventional life of their parents’ generation. By now, Nell, 29, had been keeping company with Lynn for 10 years, had gone to business college, and then become a secretary-stenographer for the Lincoln Court House – the highest paid female employee in the state. Her future husband was a carpenter from a line of homebuilders and cabinetmakers from Sterling, Nebraska. Lynn had gone to the University of Nebraska and played in the 1904 Rose Bowl, when football uniforms had handles at the hips for performing the flying wedge. He pledged a fraternity, but after two years was told by his father to quit: money must be made. Dutifully, Lynn went to Denver with a family friend to do construction work for the railroads, and there, breath smoking out of him in the cold air, hammering nails in the thin sunlight, and living in a boarding house near the tracks on Larimer Street, he formed the idea of going to Wyoming to homestead, and be his own boss. 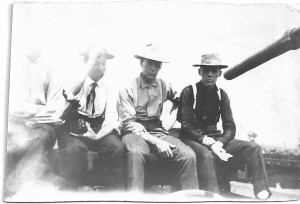 He returned to Lincoln and helped his father build homes and continued courting Nellie. In the summer of 1913, six months after her father’s death, Nell and Lynn decided to marry at last. It had been a decade courtship but now, in a droll, antic way, they determined to have the service as a surprise at Nell’s sister Evelyn’s house in the farm town of Nehawka, an hour’s drive east of Lincoln. None of the parents were invited, nor did they tell Evelyn, their hostess; in fact, bringing the license back to Nehawka on the train from the capital, Lynn had seen his future sister-in-law on the platform and nearly hurt himself diving under the seat to keep the secret. On the agreed day, the unsuspecting Evelyn was in the kitchen washing dishes when Nell, without fanfare, came down the parlor stairs in a white dress. Lynn’s sister Imogene, the couple’s co-conspirator, began to play the wedding march while outside a buggy approached carrying the minister, a one-eyed, fully ordained local man who shuffled up the walk to ring the bell at his appointed time. Lynn stood by the piano. Evelyn rushed from the kitchen with wet hands, crying to her husband, “Vilas, come quick, they’re getting married! Why Nell, I’m going to tell Mother on you!”

from Chapter 4, “The Keeper of the Partial” 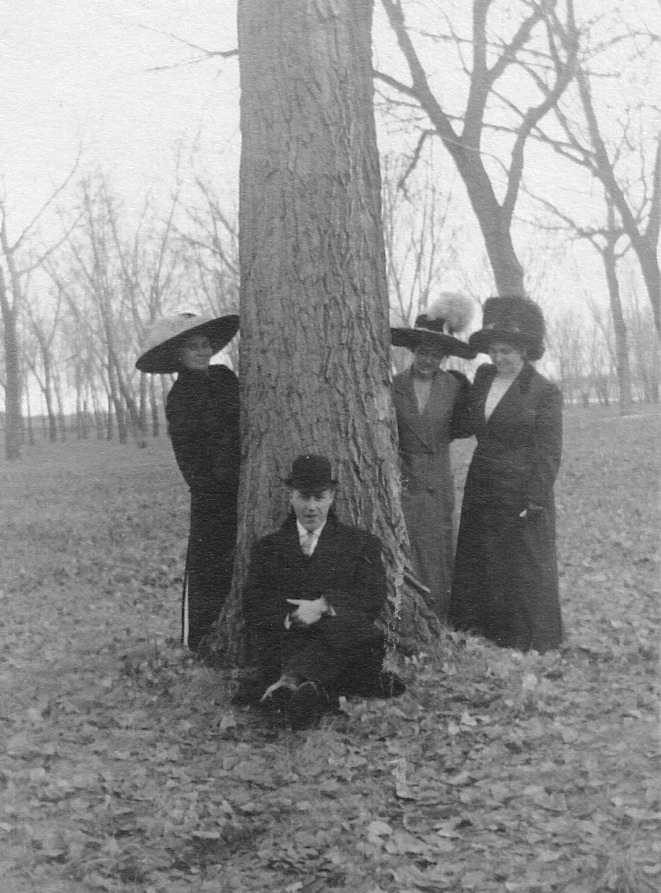 The suitor observed by the Stout sisters, Sunday walk, 1912