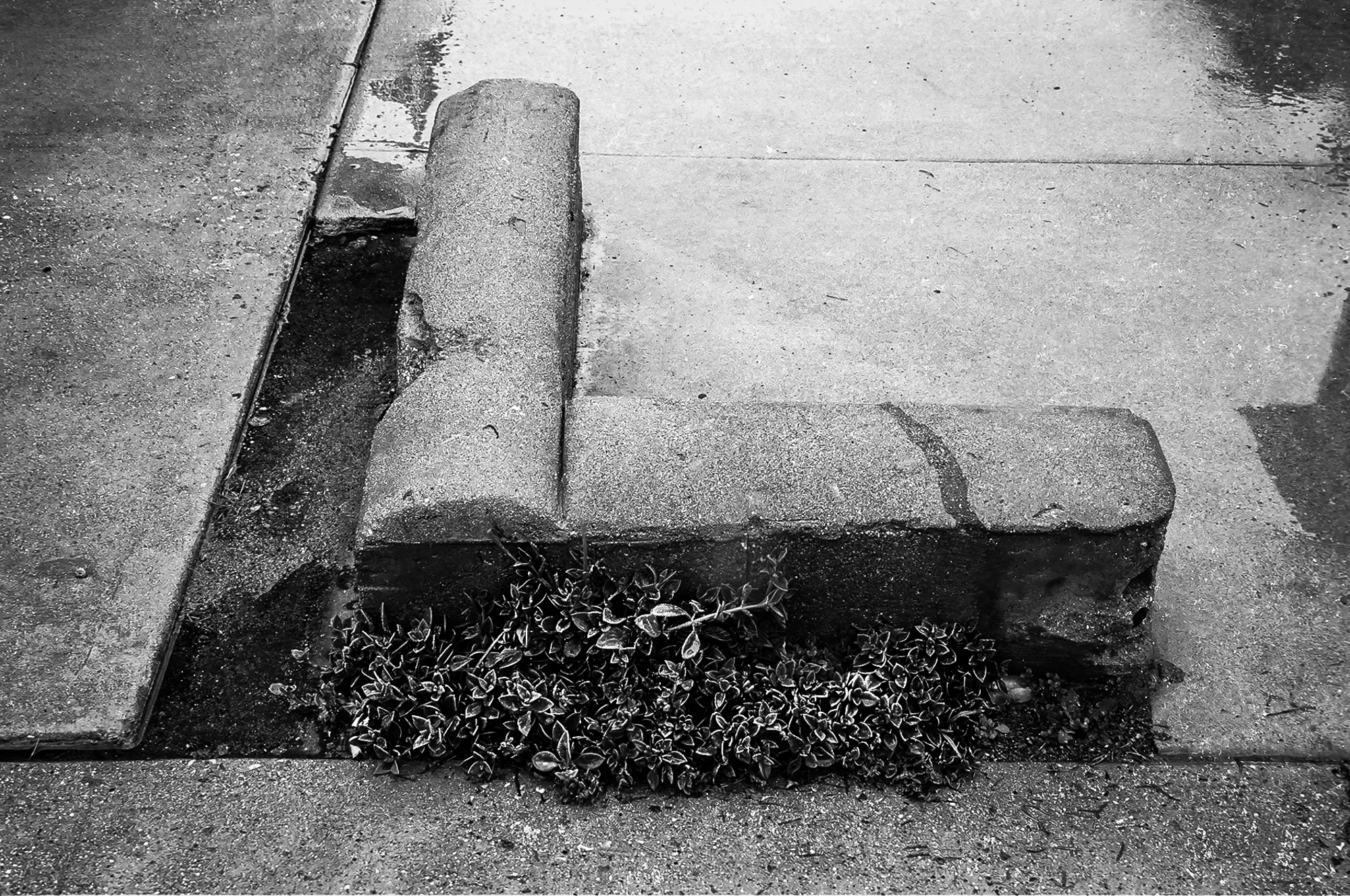 Heading south next weekend to see the old elementary school before it’s demolished. It seems fitting to post a collection of images of places that, like the school will soon be, are razed, “no longer seen” – vanished intimate locales on which were once lavished a million unconscious glances but now, as the deconstructionists aptly put it, “under erasure.” Here, they’re accompanied by a few words from the text I wrote in their honor. 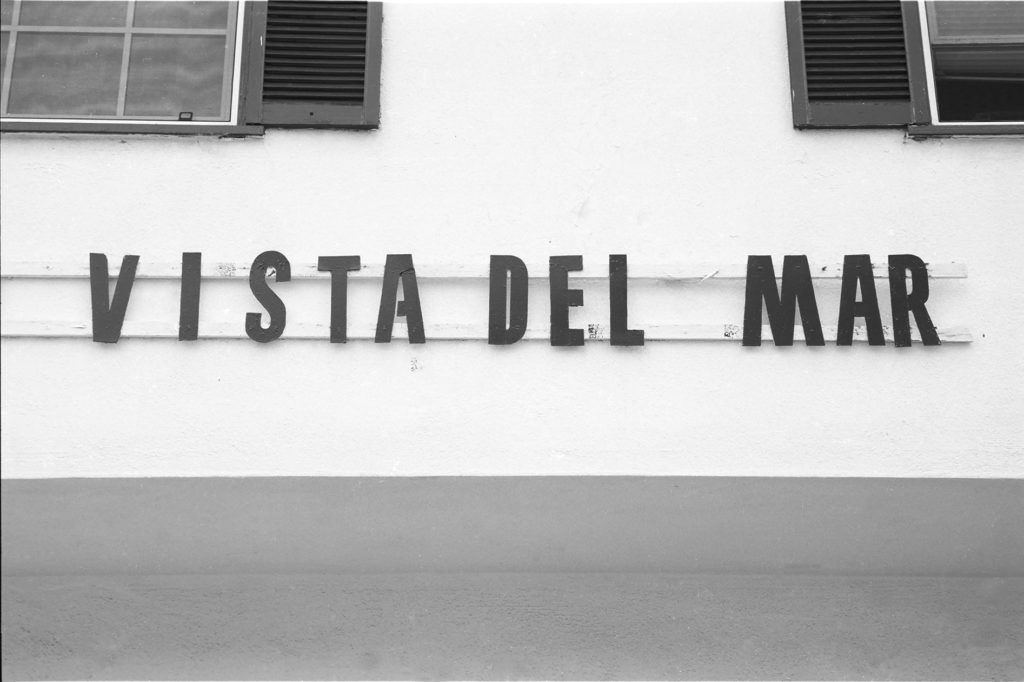 “My first California neighborhood, an area of apartment houses near the beach where my parents and I lived from 1953 to 1958, had always drawn me in a powerful way. My trips south would always include a visit to those older, beach-shabby but somehow luminous and magnetic blocks. There at the old apartment was my bedroom window, looking out onto the quiet street as it always had, the palm trees, the ocean just beyond at the end of the block with its same steady sound and light.” 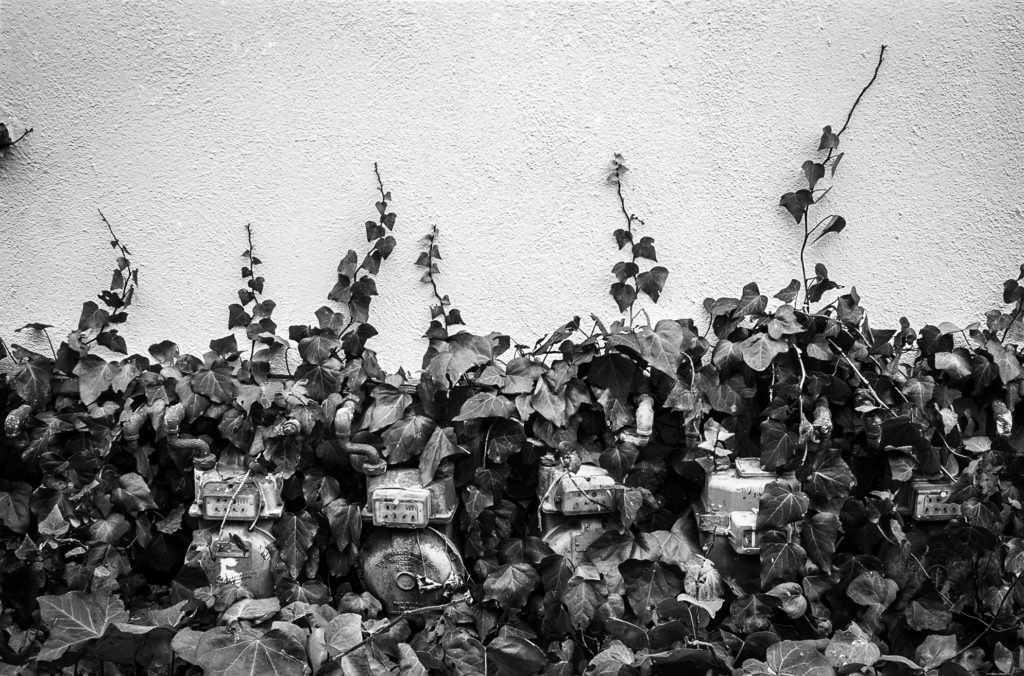 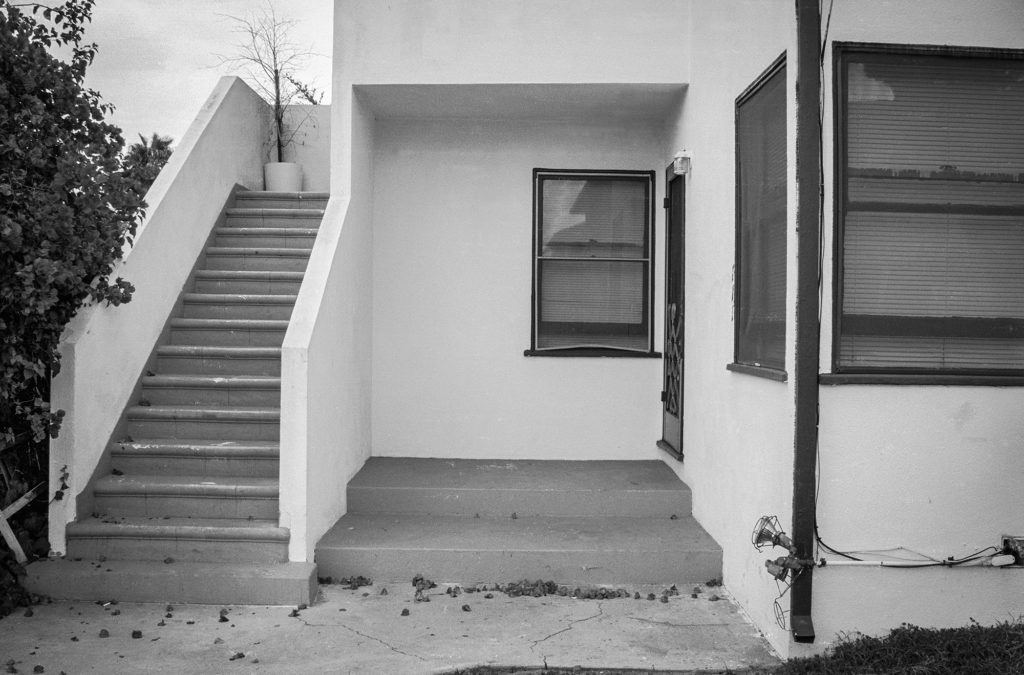 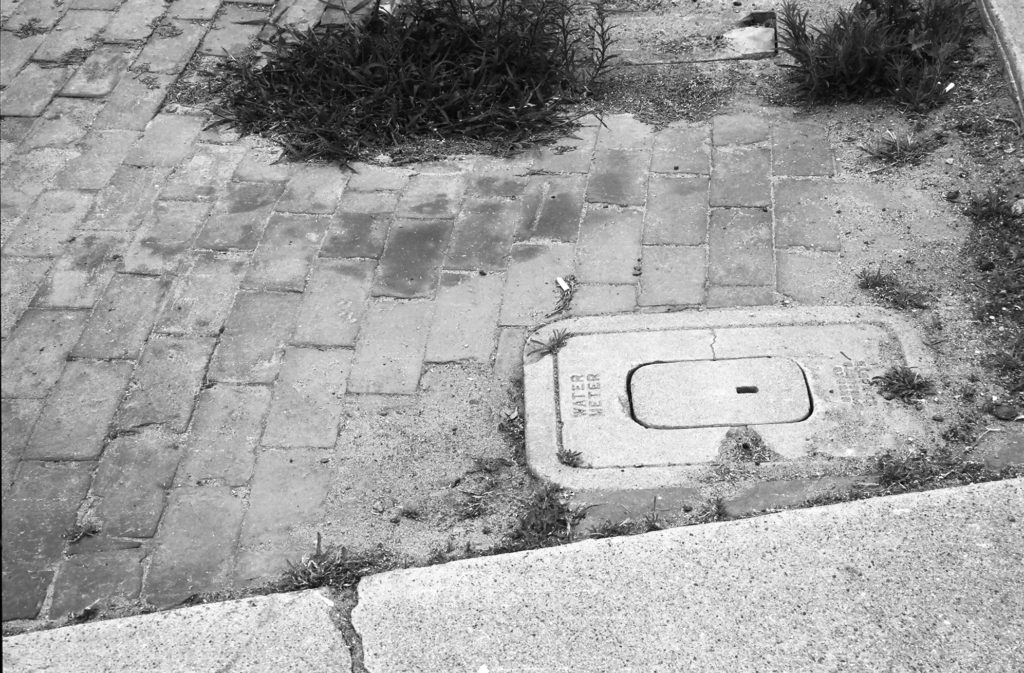 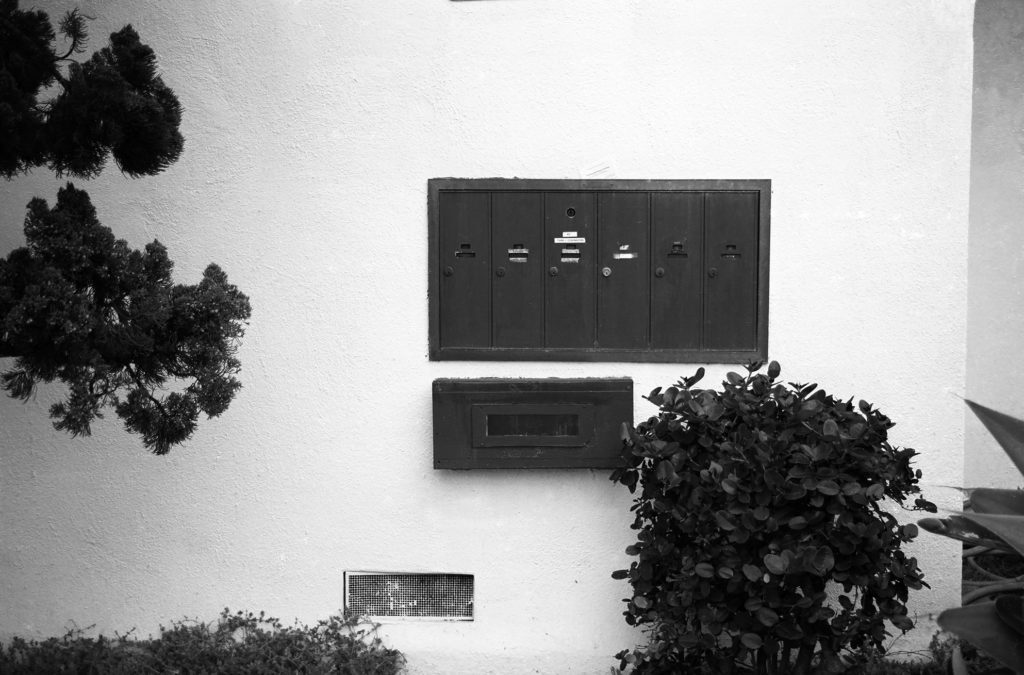 My working life began in places like half-addresses, gardening, clipping, pulling dead jacaranda leaves from a kidney shaped planter box edged in brick along a stuccoed garage wall while my transistor radio quietly played its endless rotation of Top Forty singles. Other high school friends actually had to meet the public, take tickets, serve food, park cars, pump gas – not me. I painted, cleaned windows, or neatened plantations of ornamentals in secret zones of shrubbery and hidden side yards. At one job I seem to have spent days on a ladder with my dreaming head stuck in a cloud of lemon branches and hibiscus, scraping off and then slapping on trim paint in the sweet and dusty miasma of overcast coastal southern California while mourning doves of sky gray brooded nearby in the eucalyptus. 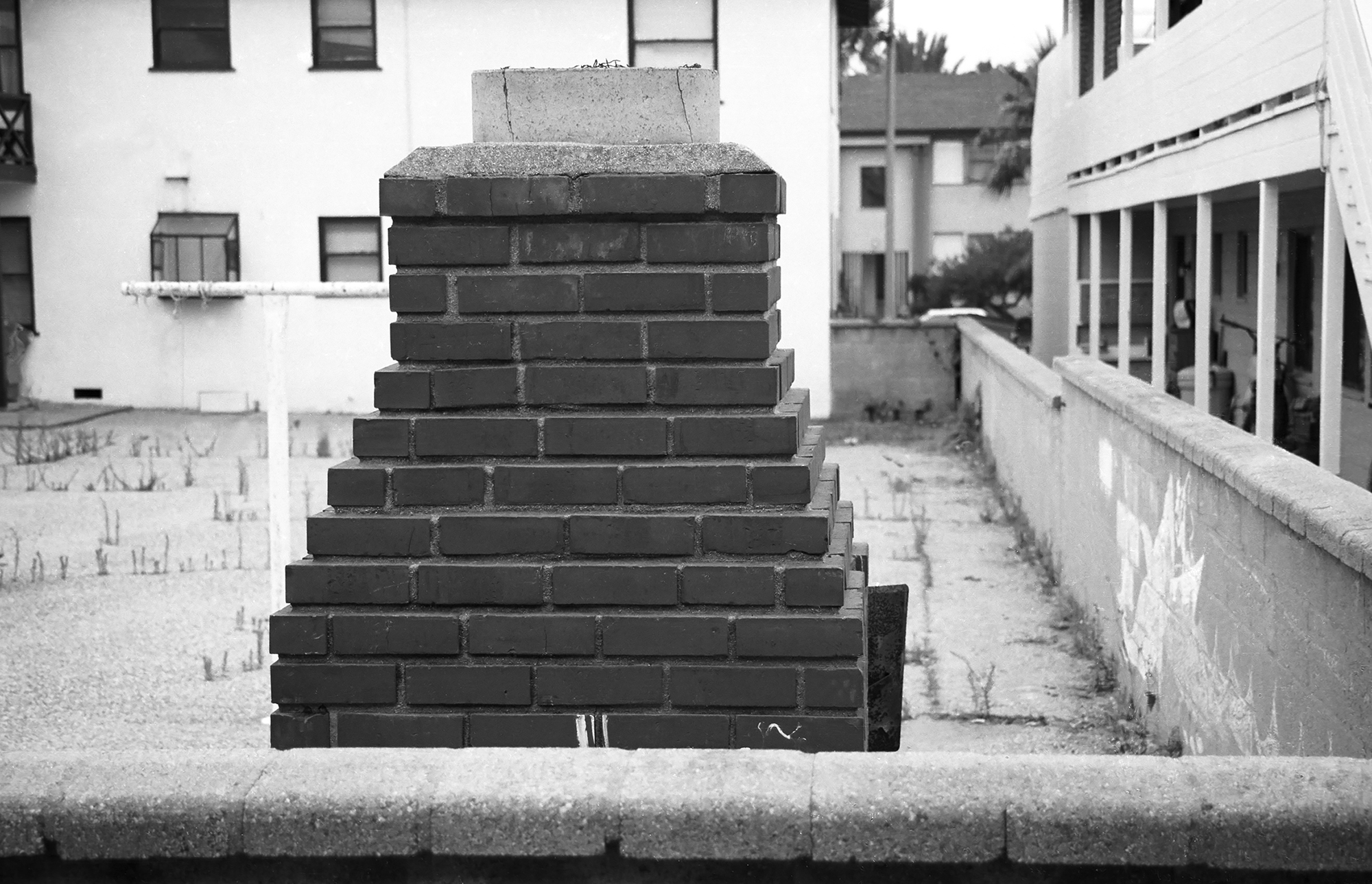 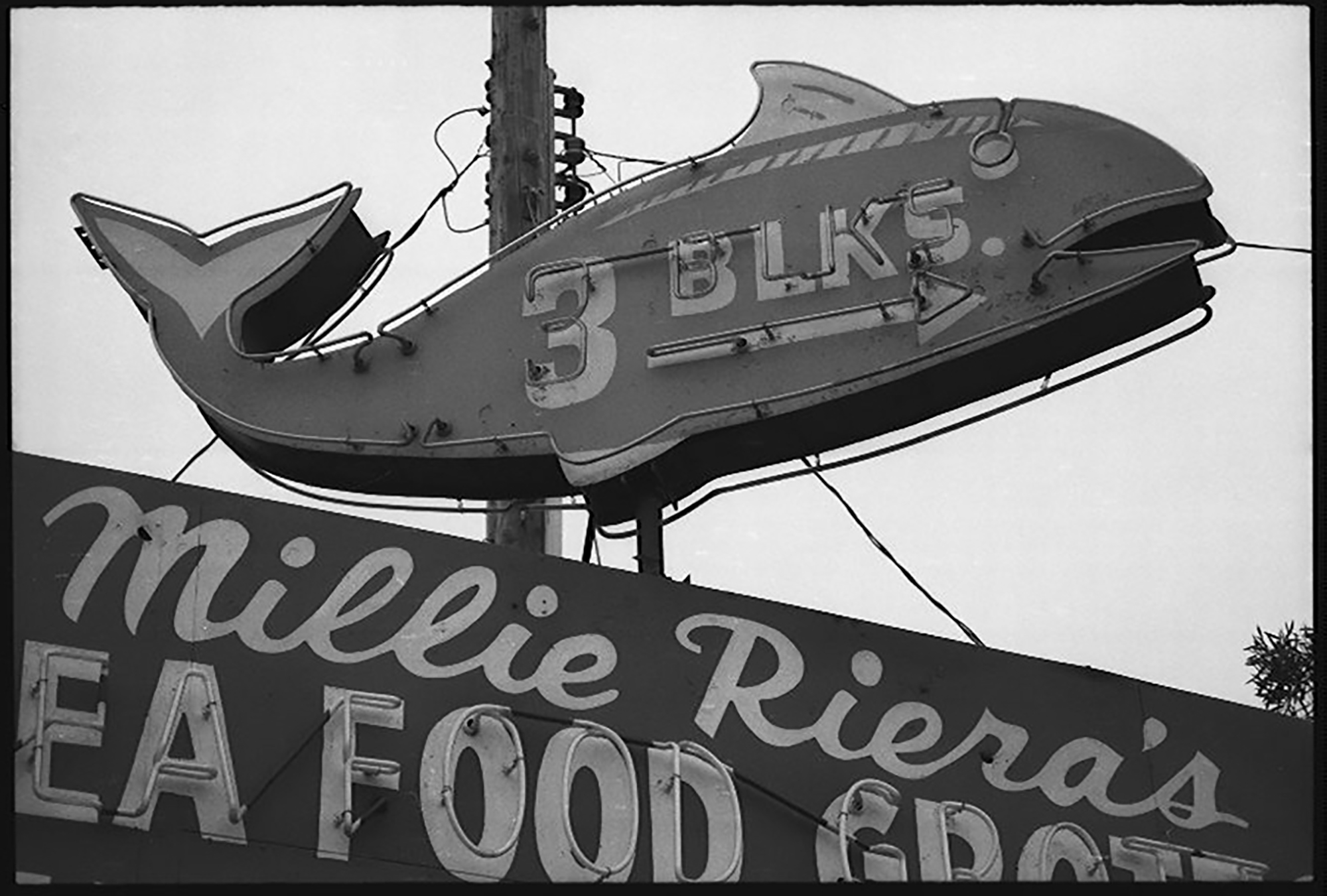 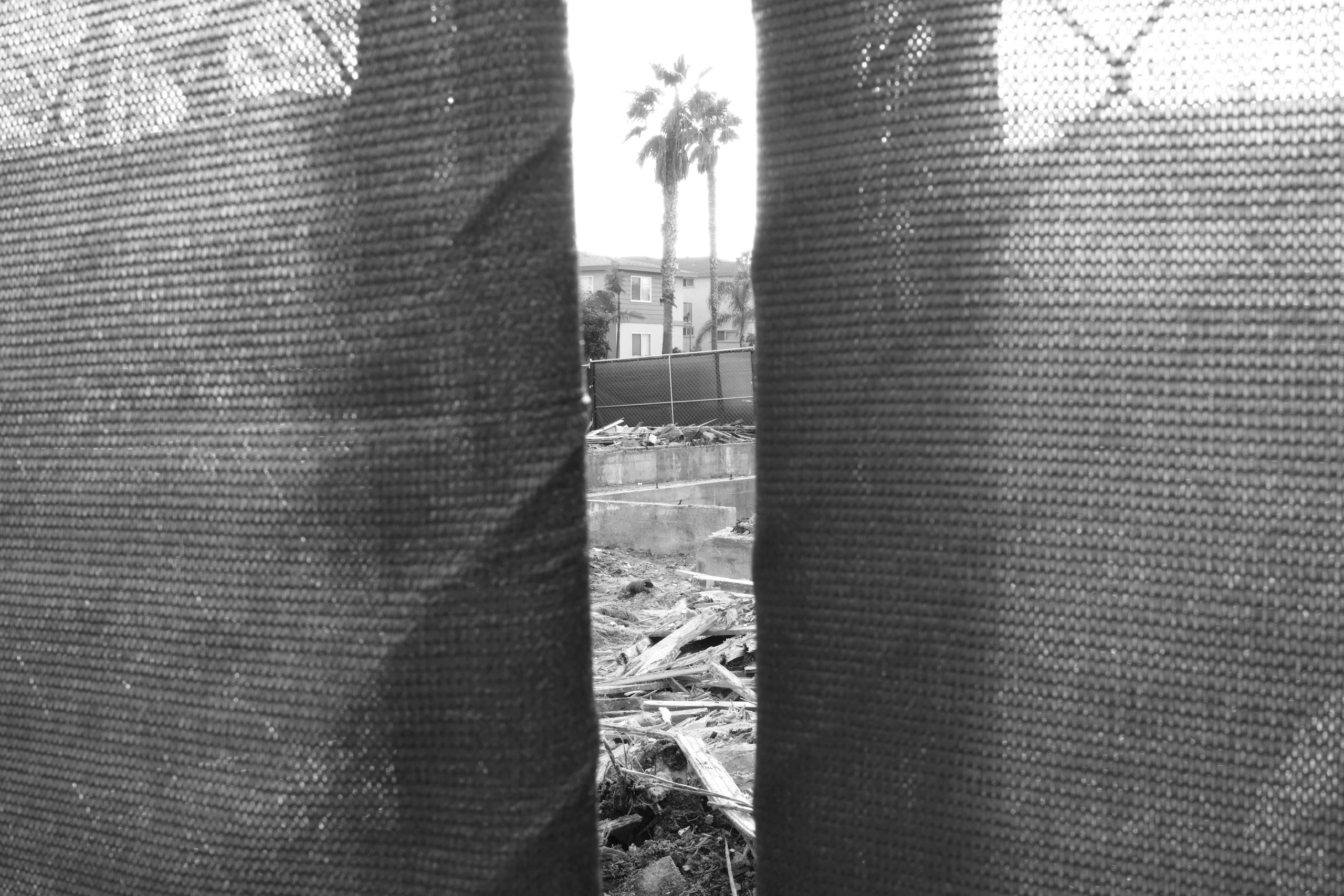 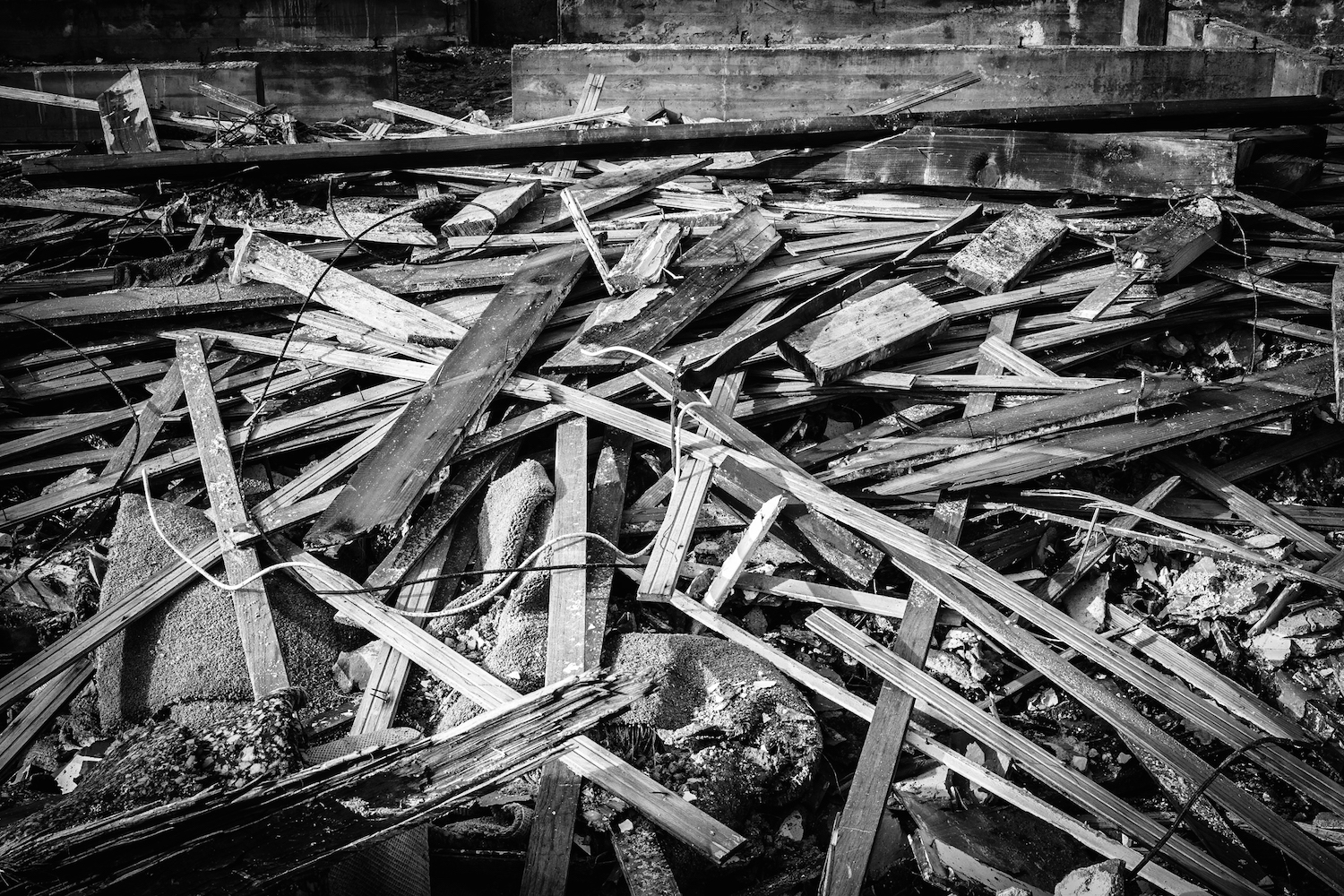