I liked to think of Aunt Nancy’s musical gift pausing for a generation in one of her female forebears along the New River – they’d been there since before the revolution – a little girl in the 1830s perhaps, in a butternut shift and bonnet pattering along a trail at the top of Doe Run Mountain above the Cascades on Big Stony Creek – whispering to herself as she steps lightly along, humming a tune (maybe even barefoot if the weather is nice, in fact let’s say it is nice, late May and warm, glorious with dogwood, redbud and trillium over this dappled path). She’s hurrying to her pleasure, to a sing-along at a relative’s farm where there’ll be songs both “holy” and “sinful,” where each family will take a turn with an old favorite, “The Little Carpenter,” “Boston Burglar,” or “Little Old Man Lived Out West,” and as she’s pattering along so filled with anticipation she gets in her head a figure she remembers the banjo likes to play, a little triplet against the onward rush of the song, and she’ll be vocalizing this triplet running along, rocking her head to it with a little shimmy safe in the knowledge that no one is looking, just trees and dogwood blossom and birdsong and Little Stony Creek hushing down the mountain, and this little du-du-dut will pop out of the melody as she hums it – so that years later I’ll suddenly sit bolt upright in the wee hours after many scotches watching the “Drum Boogie” sequence in Ball of Fire when Barbara Stanwyck, like my aunt another 1940s stunner, does a dance step in exactly that little triplet, in drummer Hal Blaine’s words “quarter note triplets played against what the band was doing”; I wanted to imagine this small ecstasy making its way toward Nancy until a night when she was 10 or 11, in the family band with her older siblings, walking back onto the stage at the Oddfellows’ Hall in Pearisburg some time in the mid 1920s, her two smiling brothers waiting for her, for the pay-off of their opening business, their bright eyes on her, Frank at his drum kit and Chip holding his sax, the quiet and her feet on the boards and then the small laughs and bigger laughs as the people see she’s carrying a phone book, and putting it on the piano bench with the laughter and light combining now into a single bright event, and climbing onto the bench and without any music in front of her counting off and then laying both hands onto the keys to start “Somebody Stole My Gal,” and feeling in her left hand this bounce, this rhythm and then the three against two in her right hand, like her ancestor on the Doe Mountain path hurrying through the light dapples and serrations of birdsong along the path to her deepest fondness. 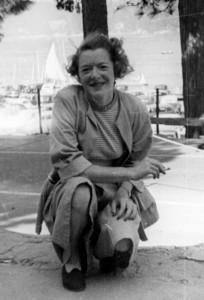