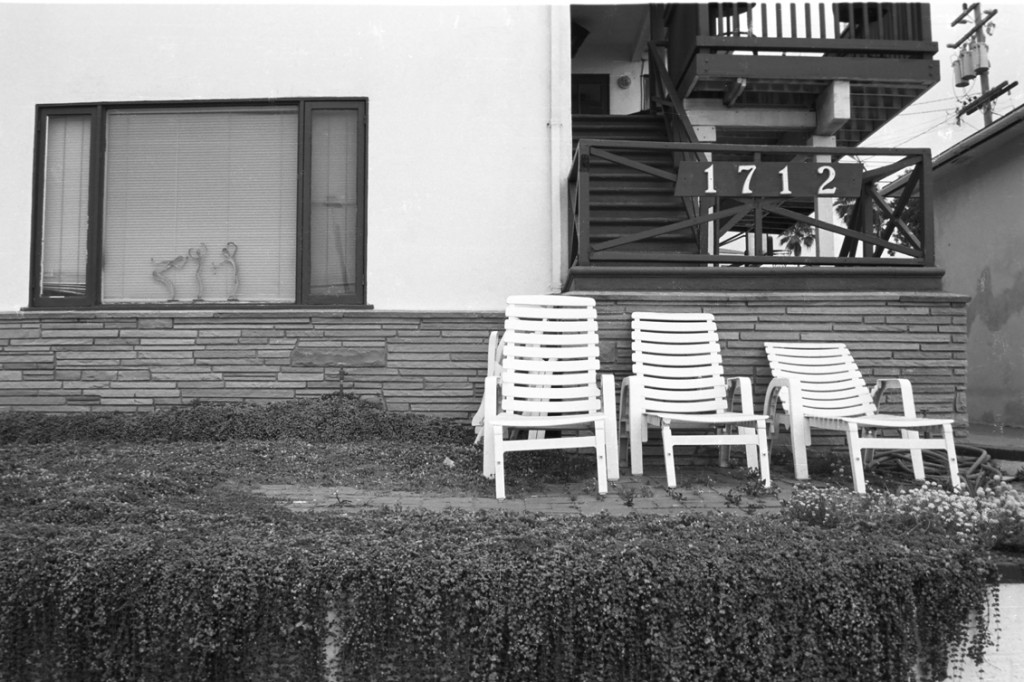 I’d have a rental car and drive through places seeing what would catch my eye, park, jump out, set up the tripod, and take the picture. In Redondo, a sense of being on home ground and the proprietary feel that accompanied it shielded me from paralyzing self-consciousness, but in other locales the long-seeming ritual of putting up the tripod, composing and releasing the shot with a remote shutter control on a cable could make me feel conspicuous. Old buildings and landmarks were fine, but private homes more difficult and furtive. I tried to look like I knew what I was doing, or had permission, or at least allow some inner wisp of my will to accomplish my project to emanate around me in a sort of hobbyist’s briskness. Mostly I thought of my dad, who could project a blithe lack of self-consciousness when he needed to; “You know your father,” Mother said, “he doesn’t think rules apply to him.”

Mostly this meant smiling and nodding at the odd passer by, fiddling intently with the camera, and trying to look harmlessly eccentric, all of which worked pretty well. But you did have to hurry. Sometimes this meant capturing a scene at an angle, when coming closer to someone’s home, for instance, and shooting straight on, might have been too intrusive, or too bold a move. But out on a country road in Virginia one day, looking through the viewfinder at a farm house I was shooting at an angle, I realized that this was wrong – the plain speaking house, eloquent in its lack of depth, had begun to look heroic somehow, maybe filmic caught in mid-pan, that deliberate narrative visual rhetoric that speaks to the eye with a magisterially slow panorama, like history or authority. 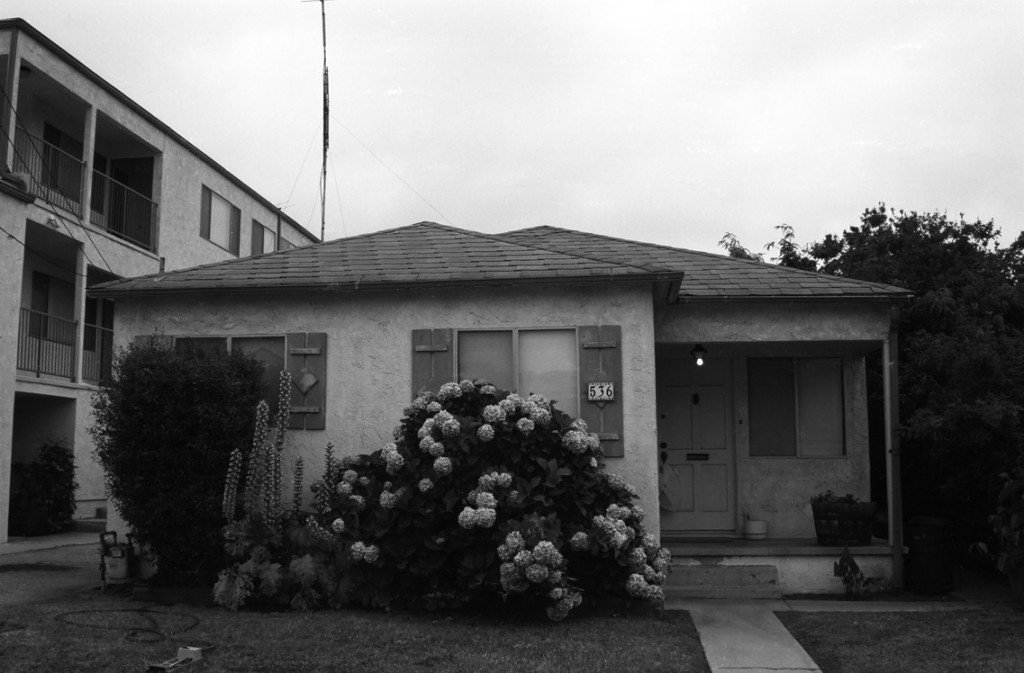 I picked up the tripod and took a few more steps along the road so that the back door and porch and kerosene tank shifted around to the square, the perpendicular of contemplation, and took the picture.

This was a good lesson. After that, I tried to stay straight on. Some things needed to be faced.